On a Tuesday afternoon, Hoodfellas Bistro & Catering is humming with activity as customers enjoy their lunches. Many are on break from performing their civic duty at the courthouse directly across the street, drawn in by the restaurant’s juror’s special – choice of entrée and side dish from a pre fixe menu, plus a soft drink, for $15 (tax included). According to Ira Chase, the CEO of Hoodfellas, many jurors end up becoming regular customers after tasting the food and enjoying the fun, casual atmosphere. And they’re not the only ones – people across the city, including local politicians and public figures, are making Hoodfellas Bistro and Catering one of the fastest-growing Black-owned restaurants in Baltimore.

Ben Thompson, the founder and Executive Chef of Hoodfellas, never dreamed so many people would flock to something he created. Ben and Ira grew up around the corner from each other in Penn North, a low-income neighborhood in West Baltimore. They became close friends after Ira intervened between Ben and a neighbor during an argument, and as Ben says, “It was locked in from there.” Ben has always considered himself to be an entrepreneur; as a kid, he was inspired by his cousin (who has since passed away) to start selling hot dogs and hamburgers on the street. Surprised at how quickly the food sold, he progressed to catering small events and selling meals to neighbors, friends, and family members out of his home kitchen. Ben recalls, “That’s when I realized, I can do this. The feedback about the food was good. I wanted to keep scaling up.”

Encouraged by Ira, who has a background in retail sales consulting and management, Ben continued growing his entrepreneurial venture. The duo secured a large grill that could be hitched to a truck, allowing Ben to barbecue at events and spots throughout the neighborhood. In 2019, they officially opened Hoodfellas Kitchen as a walk-up carryout spot in Penn North. Word about the delicious ribs, hamburgers, wings, and other mouthwatering dishes traveled fast, and food orders skyrocketed.

When the Covid-19 pandemic hit, Ben and Ira weren’t sure what was going to happen, but customers kept clamoring to the carryout and placing orders. They were quickly outgrowing the space, so Ben and Ira started having conversations about opening a larger sit-down restaurant. People tried to talk them out of it due to the pandemic’s devastating effects on small businesses and the uncertainty of the future, but Ira knew it was now or never. According to him, they “had to strike while the iron was hot.” He wanted to take advantage of the plethora of vacant retail spaces available at discounted rates resulting from businesses shutting their physical locations. He also knew Hoodfellas had a strong value proposition with their sales volume and dedicated customer base.

As Ben and Ira began searching for the perfect location, they knew they would need more capital to make it happen. The duo had been bootstrapping the business up to this point. Every penny went directly back into the business and Ira had tapped into his 401k from his corporate job. However, they didn’t have many funding options available to them. They were wary of bringing in demanding investors or predatory lenders; most importantly, they knew they could only entrust their business to a funder that would be willing to build trust and loyalty. When they contacted Baltimore Community Lending and started working with Don Cutwright, a loan officer at BCL, they knew it was a good fit. Don became a trusted advisor, visiting the carryout spot regularly and providing ongoing guidance and support to help bring their vision to fruition. He worked closely with Ben and Ira as they searched for locations, and when they discovered the Calvert Street space, they knew it was meant to be. Conveniently located downtown, the location would attract a wide variety of customers: residents of the condos above the restaurant and across the street; employees of the many government and business officers nearby; and jurors from the courthouse directly across the street. Also, its proximity to the metro station and bus stop would make it easy for their West Baltimore customers and new customers alike to visit.

Ben and Ira continued working with Don throughout Baltimore Community Lending’s loan application process. They ended up securing the funding, allowing them to obtain the necessary kitchen equipment and cover related startup costs. Don says, “When I met Ira and Ben, I sensed a passion and desire to create a space for the residents of the city.  A space where people could go to enjoy good food and fellowship with family and friends.  I explained our loan application process to them, and they were receptive to the feedback and suggestions we provided during our small business training program. It has been so rewarding to see them realize their dream of opening a sit-down restaurant.”

Hoodfellas Bistro and Catering is more than a name; it’s a tribute to Ben and Ira’s past, present, and future. They wanted to honor the ‘hood and the residents who helped them get where they are today. Ben shares, “I had a lot of good times there as a child. The elders…I learned from them and how to get by on the streets. This is my city. Baltimore gave me a chance.” Ira has a similar appreciation for West Baltimore. “There’s so much opportunity. I was born and raised here. It’s all I’ve ever known. I’ve had the opportunity to travel to other cities but there’s no place like home.”

“Bistro” in the restaurant’s name perfectly describes the warm, welcoming atmosphere in which you’ll get more than food; you’ll get a memorable experience. A themed special (such as “karaoke and crabs” on Mondays) is offered every weekday evening.  The menu has been carefully crafted by Ben, featuring unique recipes that will leave you wanting more. For example, the crab eggroll is made with fresh jumbo lump crab meat (no filler). The Caribbean-style jerk chicken is hand rubbed with a carefully curated blend of mouth-watering spices, marinated overnight, and grilled immediately before serving.

Ira took the lead on the restaurant’s atmosphere and bar area. He selected the décor, designed the bar, and took the lead on creating their specialty cocktails. A customer favorite is the “Hot Off The Grill”, consisting of Cosamigos, Sweet & Sour, Triple Sec, Bacardi 151, which is set on fire in front of the customer for a stunning presentation. Ira is quick to point out that the drink menu was a team effort, innovated by staff who contributed their ideas, expertise, and perspective. Ira strongly believes in empowering the staff to make decisions and contribute to the business’s success; as he says, “The smartest guy in the room knows he’s not the smartest guy in the room.” Many of the restaurant’s twenty employees have taken the opportunity and run with it, and Ira is grateful for the opportunity to contribute to their growth just as others have done for him.

There is no doubt that Hoodfellas is on the path to success. This past May, the restaurant was chosen to be a Restaurant Row vendor at Preakness after a competitive selection process. Ben was proud to cook on his old grill during the event. The restaurant’s professed fans now include local politicians and public figures such as Mayor Brandon Scott (who highly recommends the salmon); Maryland Senator Cory McCray; Baltimore States Attorney Marilyn Mosby; President of Downtown Partnership of Baltimore, Shalonda Stokes; and comedian Jess Hilarious. But success hasn’t come without its frustrations. Both Ben and Ira work long hours; Ben’s 15-hour workdays cut into time he would otherwise be spending with friends and family, and Ira juggles managing both the restaurant and his consulting business in addition to dedicating time to his wife and five children. The duo has also experienced the trials and tribulations of balancing their professional relationship with their friendship and have grown to understand each other’s roles in the restaurant. No one ever said starting a business from the ground up would be easy. The secret to sticking it out? “I love challenges. When I see that I’ve executed on one thing, it drives me to another,” Ben explains.

Ben and Ira have remained true to their humble roots. They value the customers who have stuck with Ben from his days cooking food on the streets of West Baltimore all the way to his contemporary sit-down restaurant downtown. Their recent “Black Wall Street” event, in which they invited past and present supporters to enjoy a night of food and entertainment, was just one example of how they are paying it forward. Ben and Ira want to encourage young people and aspiring entrepreneurs, especially those who are from underserved neighborhoods like the one they’re from, to keep chasing their dreams. To those individuals, Ira reiterates the importance of having a plan. In his words, “Inspect what you expect. If you don’t have a plan, you’re planning to fail.” As for Chef Ben, the man behind the dream, “Once you jump off the steps, do not stop. If I can do it, you can do it.” 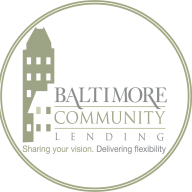 I’ve eaten hoodfellas food often, it is fantastic. I haven’t had the chance to go to the bistro, because of health reasons!!! The best food in town !!!!

Love this place I’ve eaten there many times, and was always 👌